Established in 1992, the UK Bungee Club is the market leader for Bungee Jumping in the UK. As the pioneer of commercial Bungee Jumping in Britain, we facilitate all jumps sold by Britain’s leading retailers and gift experience companies. Choose from Single, Tandem & FAB Jumps or the popular Catapult Jump!

With permanent venues nationwide the UKBC operates Bungee Jumps from both fixed structures and cranes. With the UK’s first commercial Bridge Bungee Jump, the UK’s only Indoor Bungee Jump and regular jump heights from 160ft to 400ft, the UK Bungee Club has unparalleled experience in Bungee Jumping activities.

Where It All Began

In the 1990’s The UK Bungee Club was responsible for running one of the most famous permanent jump facilities in the world, Adrenalin Village, located at Chelsea Bridge in Battersea, London. A permanent feature on the London skyline, UKBC’s 300ft tower crane dispatched 11,000 bungee jumpers every year over the Thames. Alongside this a floating hostel housed thrill seekers from all over the globe with a total of 100,000 people visiting the site in its final year of operation. This was also the venue for the qualifying rounds of The World Extreme Games in association with the television company ESPN, which the UKBC facilitated in 1995.

The professionalism and excellent safety record of the company has led to the UKBC being first choice for television production companies worldwide, including Endemol, Tiger Aspect and Outline Productions, producing shows for the BBC, ITV, Channel 4, Sky, NBC and ESPN. Click here to take a look at our most recent TV & Film appearances.

Working with over 200 charities both large and small, the UKBC has also facilitated and organised charity events raising in excess of £1 million for good causes over the past two years alone.  UK Bungee Club offer charities wishing to promote Bungee Jumps as a fundraising activity to become a Partner of UK Bungee Club, to find out more click here.

Individual Bungee Jumpers looking to take part in a Bungee Jump for charity and wishing to book direct can find out more information here.

During its existence and due to the nature of the work the UKBC has become involved with other activities, acting as advising as well as organising and running events such as abseils, zip wires, drop slides, car bungee jumps and adventure trips around the world. UK Bungee Club is proud to have been the facilitator of a number of Guinness World Record attempts and successes, including the Most Amount of Bungee Jumps in One Hour and The World's Highest Bungee Jump Into Water.

In October 2006 The UK Bungee Club secured the rights to jump from the Middlesbrough Transporter Bridge. A mile stone for Bungee Jumping in the UK - it was the first time that members of the public had been allowed to jump from a UK Bridge since members of Oxford University performed the first ever bungee jump in its modern form from the Clifton Suspension Bridge in Bristol in 1979. On December 17 2007, the UK Bungee Club bungee jumped American news anchor Anne Curry off the world famous Transporter Bridge to raise money for charity. Her jump was shown on the NBC news Today show at about 8:13am Eastern time and went out live to 8 million people.

The World's Highest Indoor Bungee Jump at The Abyss @ Magna

The UK Bungee Club also runs The Abyss @ Magna, the world’s only Indoor Bungee Jump. Located and housed in the 160ft Face of Steel Building at the award winning Magna Science Adventure Centre in Rotherham, a £46million Millennium project which opened in 2001. An extensive build project, The Abyss @ Magna opened in 2005 and has received national and international press coverage as well as being a venue for numerous TV and film projects. As a result, The Abyss @ Magna was awarded the Best Tourism Experience 2006 by the Yorkshire Tourist board.  Working with the board and management of Magna, The Abyss has continued to progress with the installation of a new 250ft zip wire and a 160ft PowerFan descender. These activities were built alongside a new £2.7 million corporate development project at the centre. 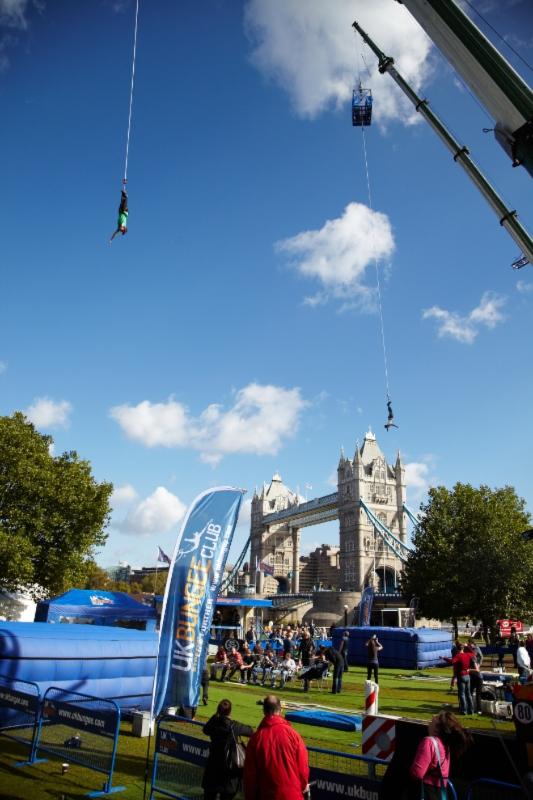 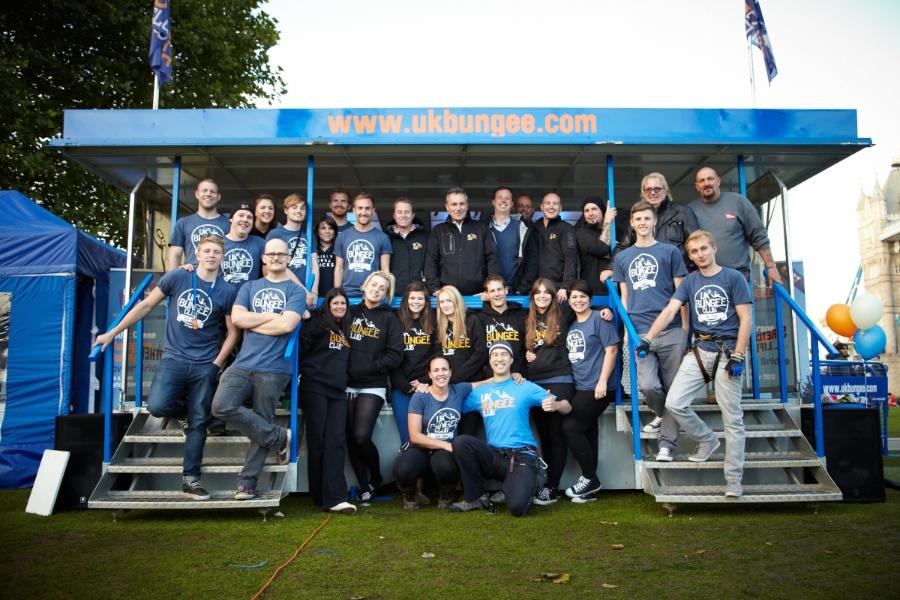