The UK Bungee Club are experts at setting up and running intenational jumps sites and extreme activities.

Gravity Zone, Dubai - 2013
Towards the end of 2012 UK Bungee Club were approached and asked if we could assist with setting up a new operation – a 160ft bungee jump in the heart of Dubai. An agreement formed whereby UK Bungee Club would partner with Ramez Shawky for the operation, Managing Director Jon Snape flew out to Dubai to meet with Ramez, after finalising the terms of the partnership, UK Bungee Club officially joined Ramez Shawky to create Gravity Zone, Dubai.
The partnership ensured that Gravity Zone followed UK Bungee Club’s Rules & Regulations to carry out bungee jumping in a safe environment, and this was carried through to the training as well as the operations.
As well as assisting with the operations of the bungee jump, UK Bungee Club also assisted with the marketing, utilising UK Bungee Club’s current on-site branding to build Gravity Zone’s branding along with supplying a point of contact for any further questions regarding the marketing or practice of the bungee jump.
The bungee jump enjoyed a successful operation in Dubai and attracted numerous tourists and adrenaline-seekers who enjoyed the fantastic sites of Dubai before taking the 160ft leap.

Top Gear Live, South Africa and Moscow - 2011
A completly unique and bespoke project for the Top Gear Live team; car bungee jumping was the brief...
Can it be done?
In front of a live audience?
In Johannesburg in a couple of months time?
With a presenter in the car?
UK Bungee have designed and helped build a bespoke platform to hold the car and new bungee cords had been made with a successful test completed in the UK. The South African crane company was sourced, the car and rig air freighted on a 747 to Johannesburg and James and Andy from UK Bungee were on site ready for the show. The Top Gear Festival held at Kyalami Race Circuit, South Africa, was the biggest gathering of car fans on the African Continent with 60,000 people attending the 9 shows and thousands more visiting the festival.
The car bungee was the remarkable stunt show finale!
Video 1 - click here
Video 2 - click here
Following the success in Johannesburg the team decided that it would be the perfect way to introduce the Top Gear Live Stunt Show to Russia. Taking the rig and the trusty Nissan Micra sporting its new Top Gear branding to Moscow. The stunt was staged in Moscow’s Red Square. With the iconic back drop of the Kremlin and St Basil’s Cathedral 100,000 people watched in amazement as the car plummeted 300ft.

Bungy Tara, Montenegro - 2010
During the summer of 2010 the UK Bungee Club had an excellent first season with Bungy Tara at the magnificent Durdevica Bridge near Kolasin, Montenegro. The picturesque setting provides one of the most beautiful bungee sites, ranking at 7th highest in the world! The bridge itself is over the Tara Canyon and offers fantastic views of the tree covered mountains and the crystal clear waters of the Tara River, a UNESCO World Heritage Site.
The UK Bungee Club works in affiliation with Bungy Tara to operate the jump site, whilst also providing full training to their crew members in order to obtain the highest safety standards which the UK Bungee Club offers. Bungy Tara marks the first permenant bungee jump site in Montenegro of this size, making the training provided by the UK Bungee Club crucial to ensure the extreme sport is developed in a safe way.

Right Guard Thrill Seeker Tour, South Africa/Brazil - 2005
Right Guard Extreme extreme deodorant PR Launch. Public Relations company, Hill and Norton based in London approached the UK Bungee club to Find two locations in the world that would show the brand involved in extreme activity and align it to a demographic of the 18 to 30 male markets.
The sites chosen were Table Mountain in South Africa and Iguassu falls on the border with Brazil and Argentina. Table Mountain was tackled with a Rap dive which is a forward abseil 1000ft down a sheer rock face. The location at Iguassu falls involved abseiling into a 200 foot waterfall, the largest waterfall in the world in the background.
Both trips led to fantastic PR for the brand and were highly successful proving that the UK Bungee Club could organise events on a worldwide stage and facilitate a safe an extreme sports activity alongside an internationally recognised brand. 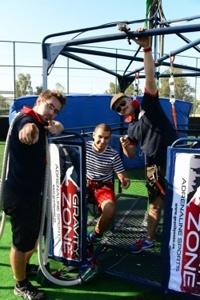 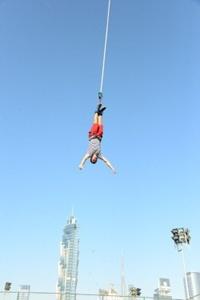 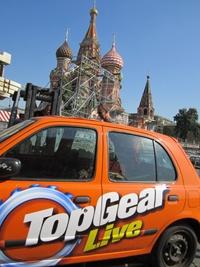 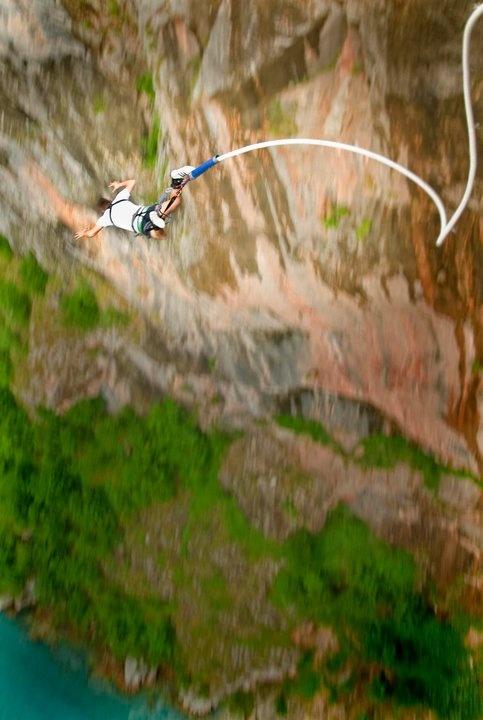 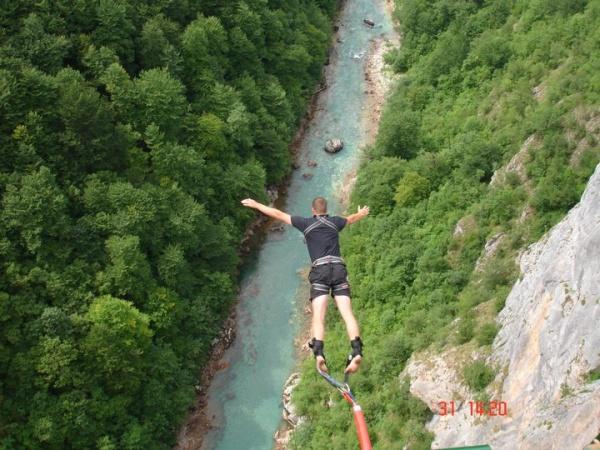 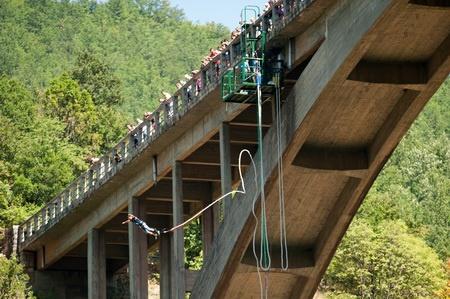 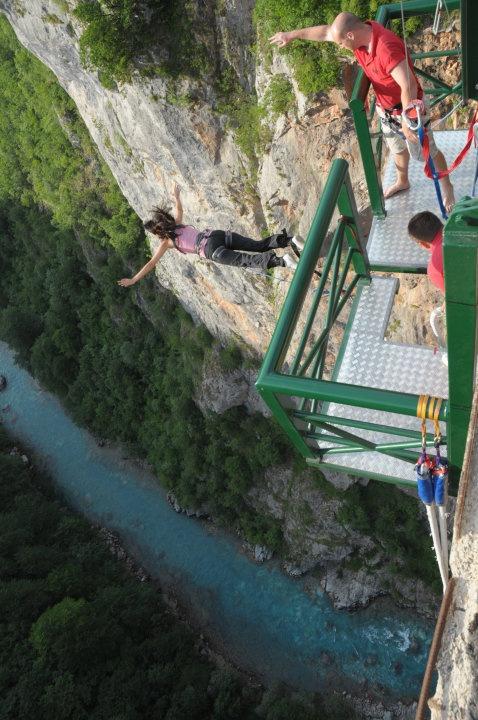 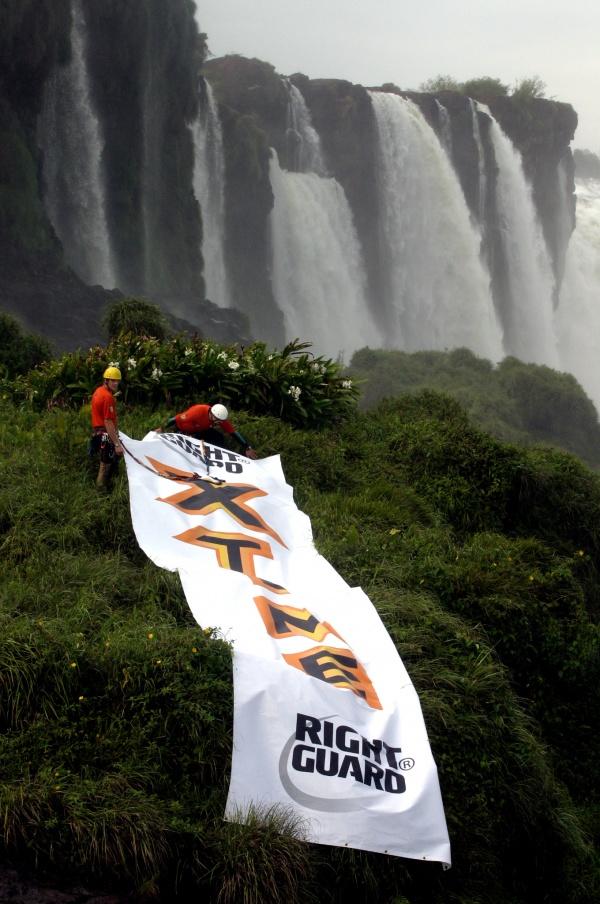 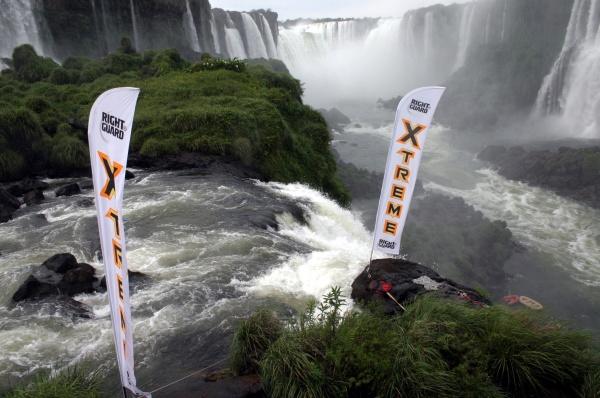 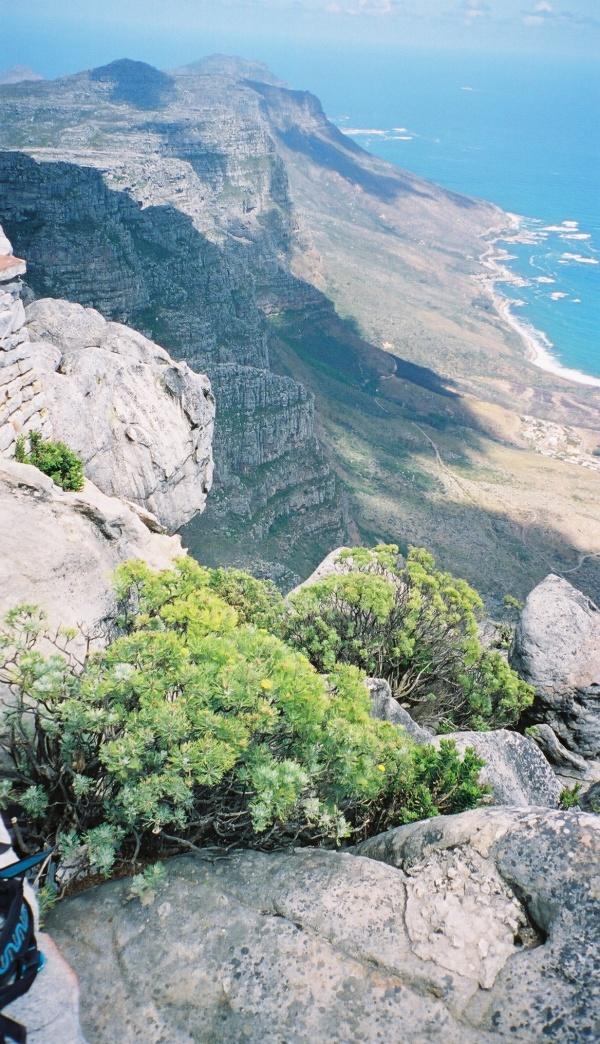