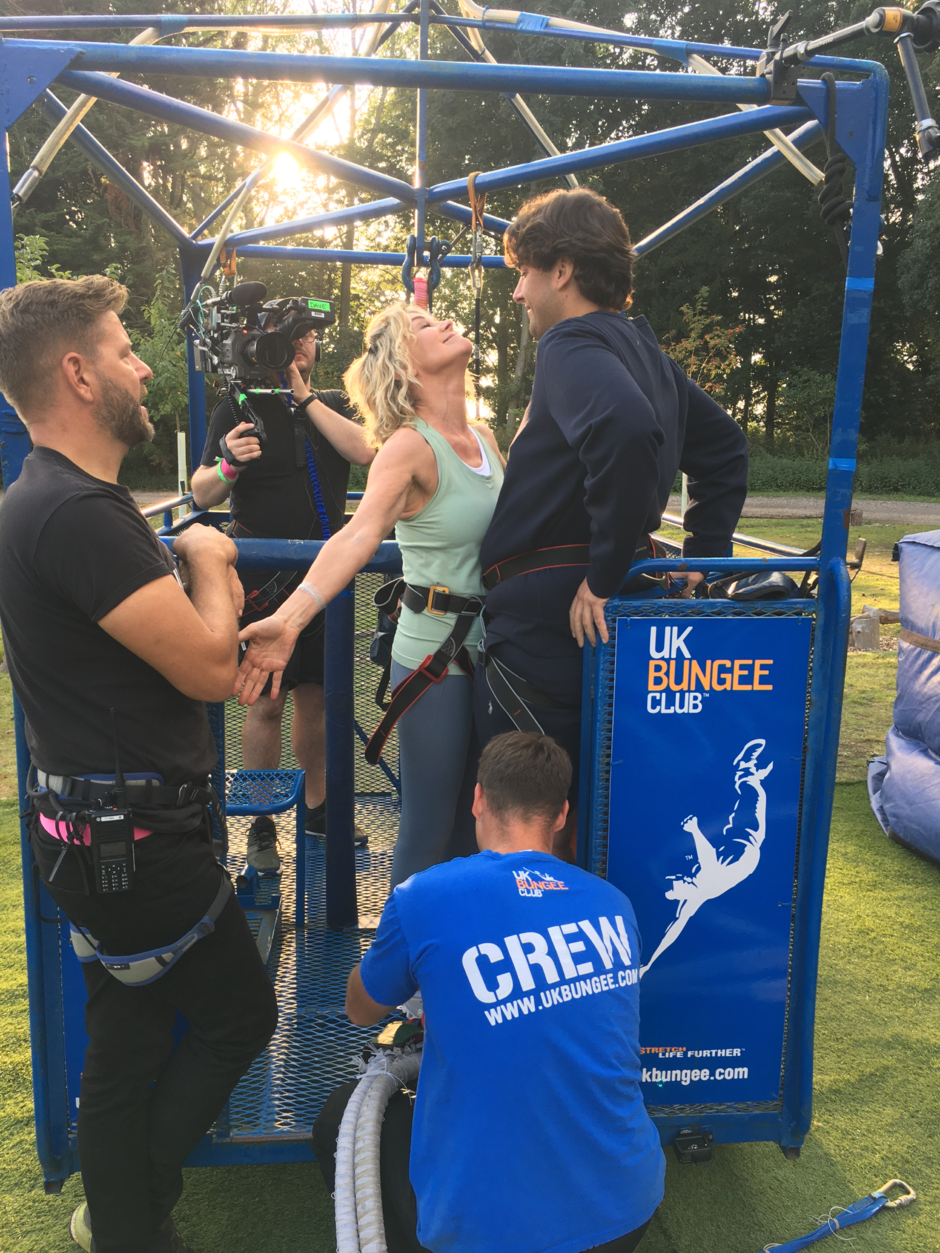 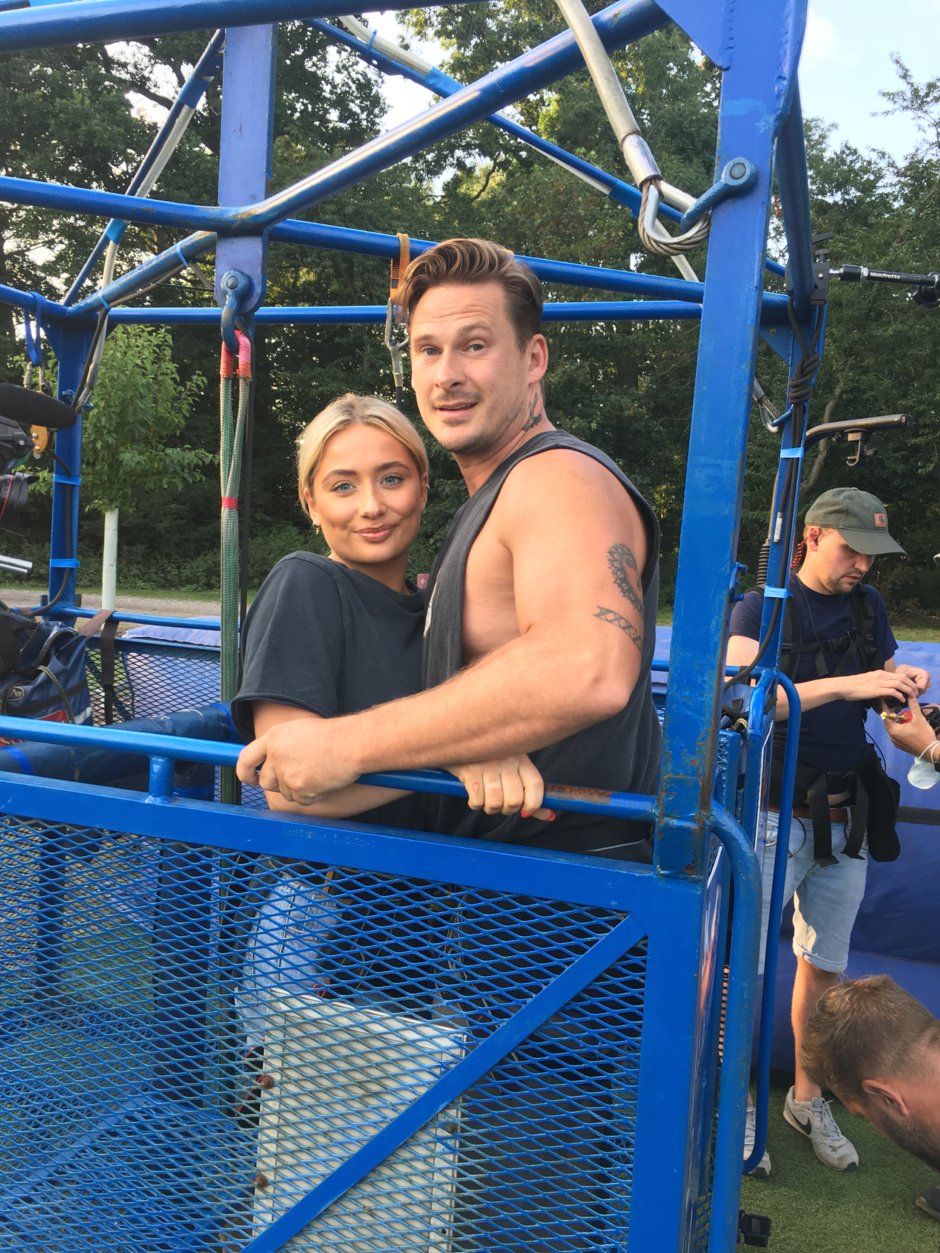 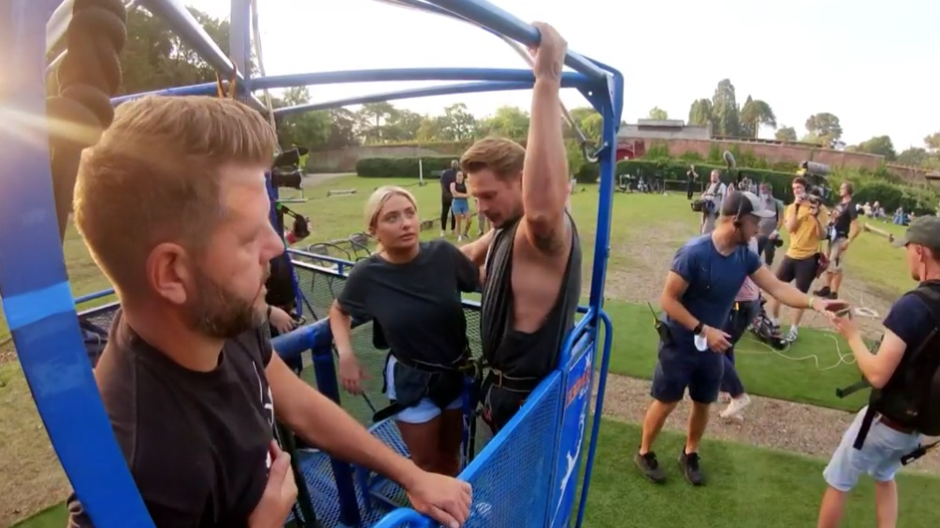 To mark 35 years since the release of the film ‘Dirty Dancing’ E4 have got coupled together 5 pairs of celebrities to compete to be crowned the next Baby and Johnny.

Now, you’re probably wondering how us here at UK Bungee come into this TV dancing show? Well, in Series 1, Episode 7 a challenge was placed on each of the couples to get them to trust each so that they are able to perform the classic dance and lift as seen on Dirty Dancing as they go into the finals.

So, what happened? In spring 2021 we were contacted about the opportunity to have 10 people participate in tandem bungee jumps, we agreed so all that was left to do was wait for filming to roll around. At the end of summer 2021 the Bungee crew made their way to the site in the South to set up ready for the Tandem Bungee Jumps to take place.

On filming day, the cast of the show were informed that they would all be participating in a Tandem Bungee Jump to bring them closer together and to instil trust between the partners are they were preparing to perform in the semi-finals and going into the final round of the show. Also, the jump was intended for the celebrities to overcome the fear of the famous lift that they must do in the final dance.

First up to do the bungee jump were Tom and Chelsee, both feeling mostly confident it only made sense for them to go first, so up in the crane they ready for them to jump. As they approached to top of the 160ft crane, they realised what it was they were about to do... jump out. As they had once again contacted the ground, they spoke about how nervous they initially were and then about how much more they now trusted each other, meaning the point of the bungee jump had worked!

Next up was Bobby and Verona, both were very nervous to participate in the jump, both holding onto each other very tightly as they jumped out of the crane. After they had jumped, they both agreed that they now had the confidence that they would be able to perform the lift in their final dance. After this Arg and Anthea were next, Arg himself was very nervous, gripping on very tightly to Anthea as they stood on the edge of the cage about to jump, and Anthea was putting on a brave face to reassure Arg, so he was able to jump. Once again, the jump gave the couple the trust that they needed in each other to be able to do the final lift.

Darren and Marnie were the 4th couple to jump, with Marnie being extremely scared of heights but Darren tried his very best to distract her, but during the jump it was Darren that screamed whilst they were falling. With the jump resulting in Marnie saying that she did feel very safe with Darren and that she did feel like he could lift her. Then finally, it was time for Saffron and a very reluctant to participate Lee’s turn to jump. As expected, it did bring more trust between them.

Overall, the tandem bungee jump achieved everything that it was set out to, and the couples were left feeling confident that they were going to be able to perform the classic Dirty Dancing lift in shows final.