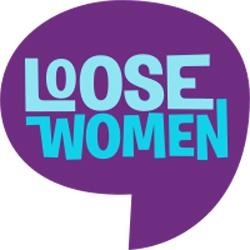 In December UK Bungee Club were approached by ITV enquiring about our reverse bungee jump for a stunt in the well-known TV show ‘Loose Women’.

The idea was to catapult Loose Women presenter Andrea Mclean on live television.  The stunt would be for the programs charity appeal ‘Text Santa’ with the aim to raise at least £50,000 for the charity.  Filming was to take place outside ITV’S London Studio on the Southbank.   This meant that Andrea would be catapulted over the River Thames with the impressive London Skyline and St Pauls Cathedral In the background.

Before the day of the jump UK Bungee Club’s Technical Director Andy Ridell undertook a site visit to assess all of the health and safety and operational aspects of the location. Taking into account the trees and surrounding buildings as well as any obstacles we may have on the day, such as getting the crane into position in front of the Studio’s.

There was an early start for the UK Bungee crew to ensure that the crane was safely manoeuvred into position and that the site was set up in plenty of time for the live filming to begin.  UK Bungee club worked closely with ITV to ensure that they could get the right shots and camera angles, all whilst working together to make sure everything was timed perfectly.  ITV were filming from the ground on the site, whilst also using a camera on the roof of the studio to capture and aerial and panoramic shot of London.

After all of the preliminary checks were done we were all ready to go Andrea arrived to the prepared site outside ITV’s London Studio’s.  After filling in the necessary waiver’s and being given a safety briefing, she was harnessed up whilst ITV filmed all of their pre stunt shots  Dressed in a bright red jump suit Andrea was nervous yet excited.

With the camera’s rolling and Andrea attached to the bungee cord as it was stretched out to its maximum length the countdown began.  As the countdown reached 1 Andrea was shot up into the air reaching a height of 37 metres and travelling at a speed up to 50mph.

With Andrea safely back on the ground, the spectators were cheering and the live broadcast had gone smoothly, ITV had managed to get some great shots and were very pleased with how the day had gone.   The charity stunt also received national press in the “Mirror’ newspaper and evoked a positive response on twitter from fans watching at home.