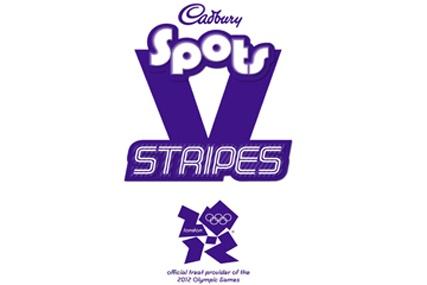 David Seaman and Gavin Henson set a new Guinness World Record  by completing the highest game of catch in the UK ever. The purple balls, provided by the Cadbury Spot v Stripes campaign, plummeted to ground level from a massive 102.5 meters.

Both contestants had several failed attempts as the balls we progressively dropped from higher levels. Seaman was the first to take the record, representing the Stripes, but was consequently matched by Henson, a spot, on his final chance. Big Bang Promotions facilitated the rig, with a massive 200 tonne crane holding the bungee cage in place so the crew could launch the balls to the sportsmen below.

To take a look at the video click here