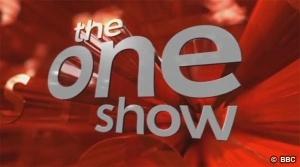 Every wondered what it must be like to be a bird of prey diving from 160ft into a river to catch fish?

The ONE Show approached the UK Bungee Club with the following small request:

To float several large foam fish on the Tees River, while their presenter bungee jumps from the Middlesbrough Transporter Bridge and attempts to catch one.

The context of the show was following the skills of the Ospreys as they dive into rivers catching fish.

“A lot of planning went into this stunt but it still felt great when we got it right on camera so quickly.  Not sure who was grinning the most; the crew or the presenter?  Great fun.” Will Roberts, Site Controller, The UK Bungee Club

After several attempts, the (now rather wet) presenter did not manage to catch any of the over-sized floating fish, proving that its not as easy as the Ospreys make it look.