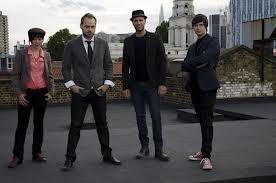 UK Bungee took part in yet another television appearance at the weekend, this time with Breaking Magic.

Breaking Magic is a new television series in the UK, airing on the Discovery Channel, this magic show offers something a little different in that the show openly talks about how the tricks are performed – basing all of its tricks and illusions on science.

UK Bungee was approached by the television show when “magician” Wayne Houchin was first interested in performing a bungee jump with a twist.  That twist would involve Wayne jumping from 160ft above ground, relying on a cut bungee cord held together with just two books.  The trick would see Wayne place his faith in two intertwined books that would create enough friction to hold his weight when performing a bungee jump by holding the bungee cord together.  Naturally our team was intrigued by this claim and set about testing the theory before filming took place, with several failed attempts behind them there was a lot of work to do before the live stunt.

When the day of the stunt arrived, our team headed to Battersea Power Station ready to work with Wayne in order to pull off this trick.  With one failed attempt on the day, Wayne was more than a little nervous at the prospect of leaping from 160ft in the air dependant on just the two books.  After a brief introduction to the live crowd our team began to intertwine the two books page by page in the hope that the pages would create the desired friction.  With the excitement of the live crowd increasing Wayne took his steps into the bungee cage and began the 160ft ascent.  After one last check Wayne confirmed that he was ready to test his faith in the book and after a few seconds took the leap of faith into the air.

The trick was a complete success with the book remaining intertwined and supporting the weight of Wayne, ensuring that the bungee cord did not break.   Our team enjoyed the entire day as did the live crowd who cheered in awe at this magical piece of science.

To view the amazing jump click here – the stunt begins at approximately 13 minutes.