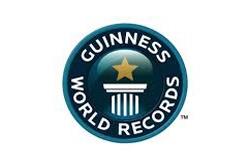 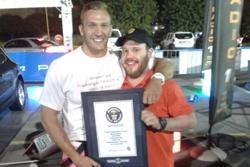 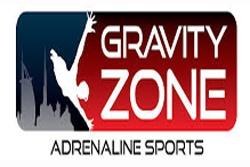 This is exactly what fitness coach Colin Phillips did from a 100 metre crane at Dubai’s Gravity Zone – the only permanent Bungee site in the UAE which operates in partnership with the UK Bungee Club.

The 33 year old ex-pat was attempting the Guinness World Record in support of Breast Cancer Arabia. He trained for the day by completing numerous consecutive jumps in the run up to the event.

Colin managed to smash the record with a staggering 151 jumps in 24 hours – a record previously held by Kevin Scott Huntly in 2011 who managed 105 jumps in the time limit.

The Jumpmasters on the day were Tommy Payne and Dan Baine, who have years of experience between them. Dan, who flew over from the UK especially for the event said, “The experience was a random one! A very hot record attempt that we completely smashed! It was the highest ever crane bungee in the UAE and it was a top effort from Colin and the whole team. 151 jumps in 24 hours…no bother!”

The UK Bungee Club would like to congratulate Colin on such a great achievement!