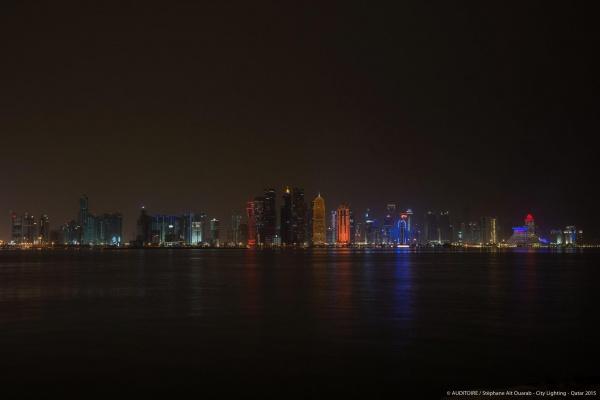 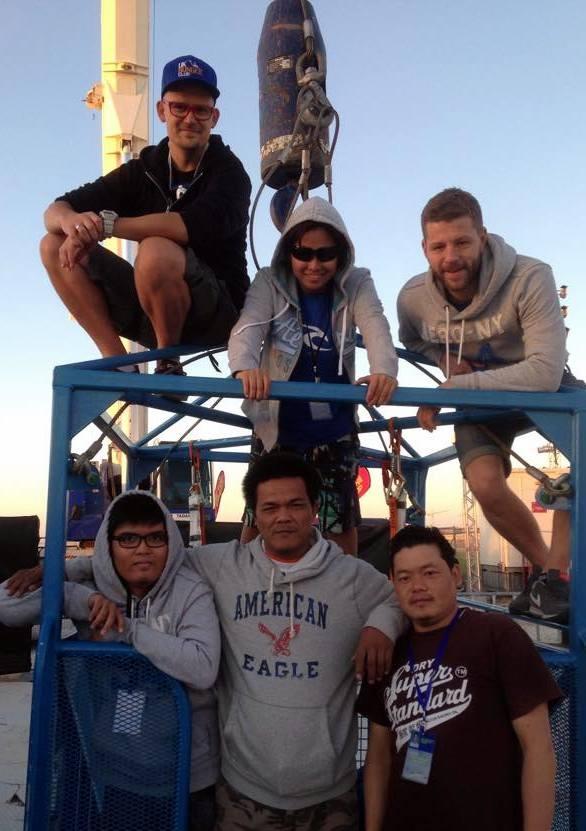 Following on from our trip to Saudi Arabia with Gravity Zone last November, UK Bungee Club have just completed another Bungee Jumping project in the Middle-East for the Handball World Championships 2015 in Doha, Qatar!  On the 16th January UK Bungee once more teamed up with Gravity Zone Dubai for an amazing new event and a welcome break from the sub-zero temperatures in the UK.

Handball may not be a very popular sport in Britain but internationally it enjoys a massive following and this year’s Men’s World Championships were hosted in Qatar, a country preparing for the 2022 Football World Cup Finals and whose capital, Doha, now boasts a burgeoning skyline which rivals Dubai’s, with it’s collection of stunning sky-scrapers and palm lined avenues.

Our event management team returned from the Christmas break ready for a flurry of flight bookings and detailed arrangements. Alongside our crew members, the team was completed by Owner/Operator Ramez Ahmed from Gravity Zone and Mickey Amadeo from his Dubai Team.

To provide after-match entertainment for travelling Handball fans, Auditoire Event Planning had created The Twenty Four; a massive purpose built venue to host live music, games, air guitar competitions and excellent food with exhibitions by cycle stunt teams, basketballers and more extreme activities like hot air ballooning and, of course, Bungee Jumping!  The Twenty Four, named in reference to this being the 24th World Championships and there being 24 competing nations, was attended by 100s of eager fans every night of the 18 day competition.

As word spread of the event a whirlwind of social media posts quickly attracted the iron-willed, the adrenaline seeking and the downright crazy from all over Qatar.  Bungee Jumping is still new in the Gulf Region and the buzz it caused meant that before long the event was running at capacity every night, with crowds of happy onlookers spectating and cheering on the lucky customers as they plunged 45m into the desert night with spotlights swirling all around.

The event closed alongside the final of the World Championships which were won by the French team who overcame the home team in a breath-taking final, the first Qatar had ever reached!  The atmosphere at The Twenty Four afterwards was suitably electric as event closers Kool and the Gang  took to the stage and the biggest crowd yet came to applaud our jumpers.

It was another success for UK Bungee and Gravity Zone and we all look forward to our team heading out to our next sunny destination and our next challenge.

UK Bungee Club would like to thank the event team from Auditoire, our awesome crane operators from QTTC and the crew from Gravity Zone for all there incredible support!