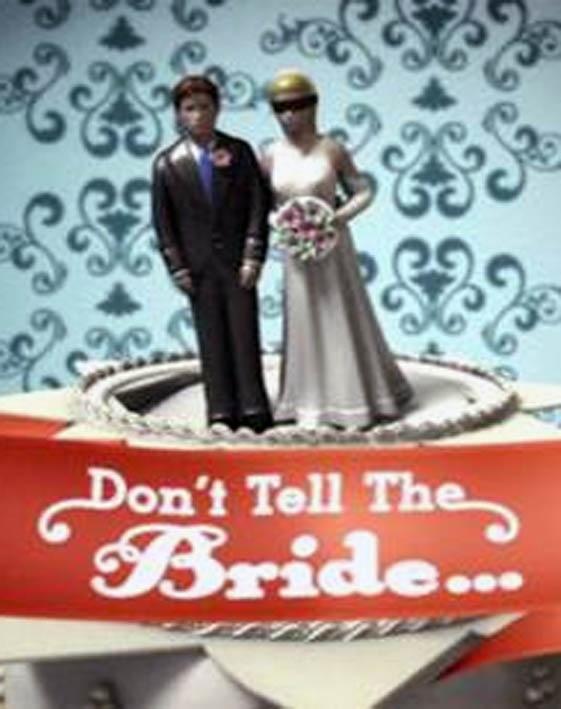 UK Bungee made their final TV appearance of 2012 on the 11th December in an amusing episode of Don't Tell the Bride Christmas Revenge.

The TV episode, which is part of a series famous for allowing grooms to plan and organise a £12,000 wedding with absolutely no input from the bride, took a Christmas twist when the bride's were allowed revenge on their unsuspecting grooms!

After the bride received an underwater wedding from her groom, Hayley decided to exact revenge on Ian by ensuring that he took part in an activity that was just as stressful as finding out the location of her wedding!  Forcing the groom to face his fear of heights Hayley decided to make Ian "fly lke a butterfly" with a Reverse Bungee.  Taking place at our Windsor location, the extremely nervous Ian was placed in his full body harness before stepping up on to the launch platform - complete with butterfly wings!  With his recent wife cheering him on, Ian heard the famous words 3, 2, 1, Bungee before being catapulted over 100ft in the air!

With a very satisfied wife, the groom safely returned to the ground with the adrenaline pumping, making sure that both the groom and the bride would not forget about their unorthodox wedding anytime soon!

If you would like to experience the Reverse Bungee for yourself then click here to book your experience for just £39!.