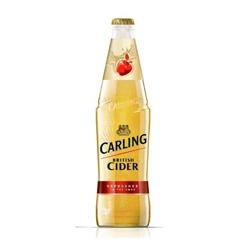 UK Bungee has made yet another TV appearance, this time in the latest string of Carling’s “It’s Not Quite Carling” adverts!

Within the past two weeks Carling has been promoting their new Cider by airing their new “It’s Not Quite Carling” advert, which sees a bungee jumper bobbing for apples at a summer fair.  With an impressive bungee jump the jumper leaps from a height of 160ft, dunking into a barrel of bobbing apples and successfully pulls an apple out using just his mouth!  The elaborate jump is then overridden when a bottle of Carling is pulled out of the barrel by an onlooker who reminds the jumper that although the effort was good, it wasn’t quite good enough with the strapline “It’s good, but it’s not quite Carling,” sending the bungee jumper straight back into the air.

The filming of the stunt was exceptionally fun for our Managing Director, Jon Snape, and our Jumpmaster Dan Baine, who were both lucky enough to work on the set and perform for the advert itself!  Always up for a bungee jumping challenge, our MD Jon Snape excitedly took up the challenge of bobbing for apples whilst bungee jumping as a stunt double, and neither him nor our Jumpmaster were prepared to be put off by the blustery day.  With 17 bungee jumps staged around the blowing gusts, Jon had finally pulled off enough bungee jumps for Carling to capture the perfect shot, as had Jumpmaster Dan who can be seen playing his part in the advert behind the right hand side of the bungee jumper just before he jumps!

The advert has proved another humorous success for Carling, and UK Bungee are proud to have been involved in such a unique advert.  To take a look at the amusing advert for yourself just click here!