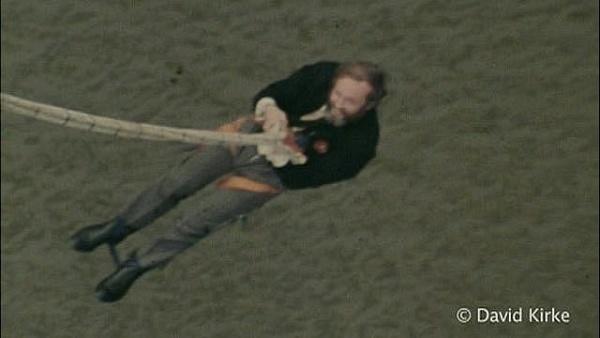 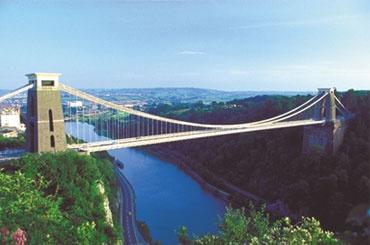 The BBC has just released new footage of the world's first bungee jump which took place on 1 April, 1979, and was undertaken by members of the Oxford University Dangerous Sports Club from the Clifton Suspension Bridge in Bristol.

A common misconception is that the sport was invented in New Zealand but it was in fact a British creation and was performed by David Kirke in top hat and tails with a bottle of champagne in hand. The footage was tracked down by BBC Inside Out and shows David Kirke jumping off the bridge followed by Simon Keeling.

The jumpers were arrested after the stunt and then released on the promise they would never do it again, however they continued with further jumps in the USA from the Golden Gate Bridge to the Royal Gorge Bridge. Bungee Jumping is now illegal from the Clifton Suspension Bridge and many other bridges in the UK

In the years following the Dangerous Sports Club did more jumps from mobile cranes and hot air balloons. The UK Bungee Club has been at the forefront of developing the activity in the years since this jump but unfortunately this was restricted to mainly cranes till the opening of our Bridge Bungee Jump from the Tees Transporter Bridge in 2006.

With the Clifton Suspension Bridge celebrating its 150th anniversary in December 2014 we think it would be great to recreate the jump as this jump is a piece of British history just like the bridge itself.

Credit: The archive footage is courtesy and copyright of David Kirke.