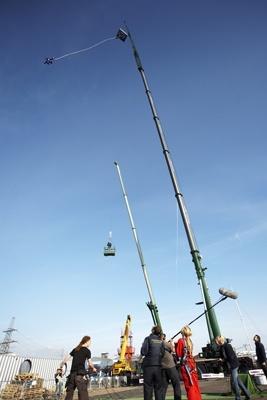 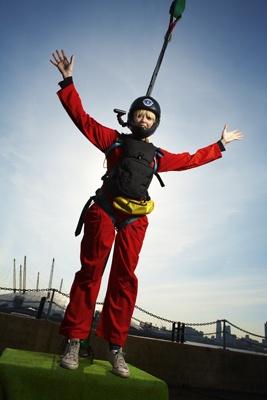 Outline Productions approached The UK Bungee Club regarding the pilot for this show. The brief was to come up with ideas for breaking a world record that could be flimed in London and undertaken by the presenters Fearne Cotton and Ben Shephard. After research the UK Bungee Club came up with the idea of a catapult as no official record had been set.

‘It was the most terrifying thing that I've ever done in my entire life,’ Fearne, 27, reveals.

‘The weightlessness that you feel when you reach the top is worse than I imagined.’

GMTV's Ben, 33, was more worried about keeping his tackle safe.

‘The close proximity of the harness to my man bits was particularly concerning,’ he says.

‘But the feeling of being shot up in the air at such high speed is unbelievable. Pure adrenaline!