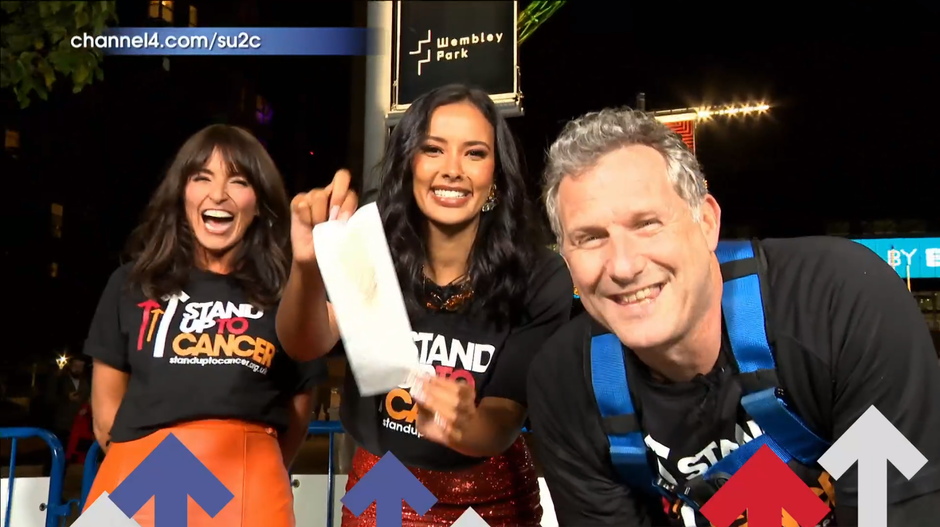 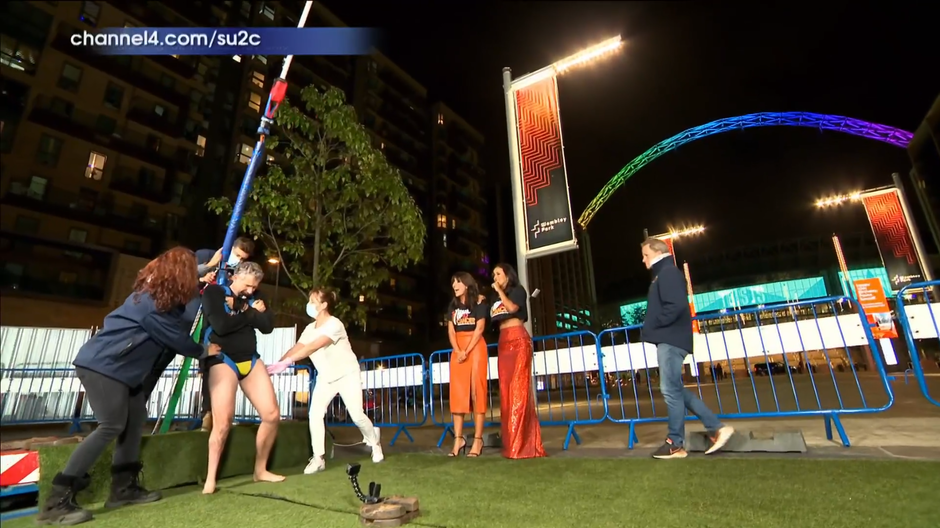 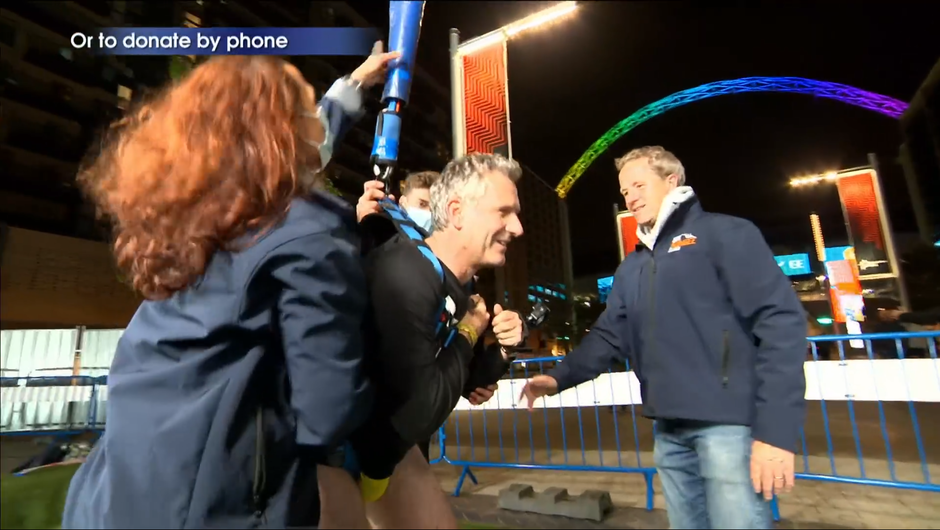 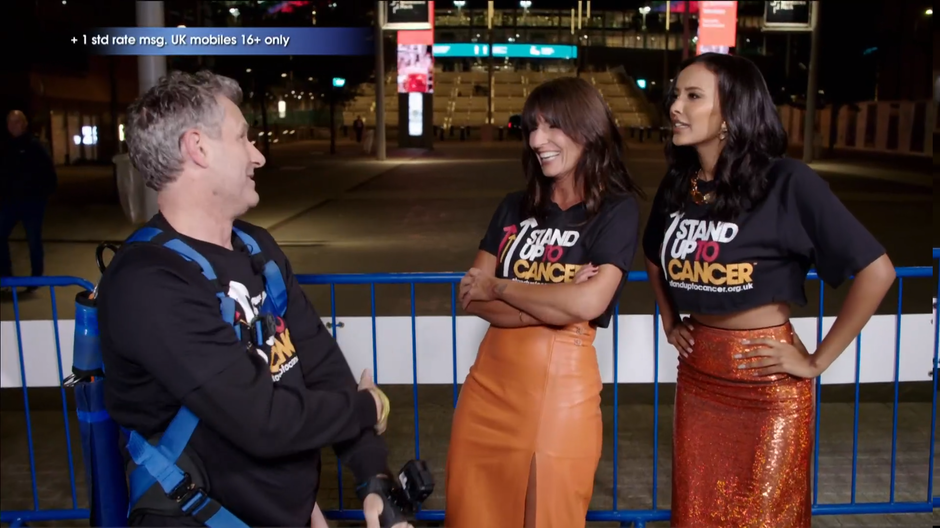 Channel 4's Stand Up To Cancer is available to watch here. You can view the bungee bum wax at 1min 33secs.

On Friday 15th October 2021 was Channel 4’s Stand up to Cancer.  This year it was hosted by Davina McCall, Alan Carr, Adam Hills and Maya Jama. The evening consisted of many famous faces from the world of sport, film, music and comedy, as well as a SU2C gogglebox special. All in order to raise money for the research that goes into cancer as its now something that 1 in 2 people are diagnosed with.

Throughout the evening, Joe Lycett was given the all-important job of updating the amount of money raised. And once £24million was raised it was time for the celebrity bum wax that was mentioned at the start of the show. The UK Bungee club had been contacted to help with making the event something to remember and to help in raising as much money as possible. From this, it was decided to do a reverse bungee bum wax. Setting up outside of Wembley stadium and attaching Adam Hills to a harness and the cage, a was strip was applied to his bum and shortly after he was catapulted into the air, ripping the wax strip off as he went. All in the name of charity.

By the time the show came to an end there was a donation total of over £31million to go towards life changing research.