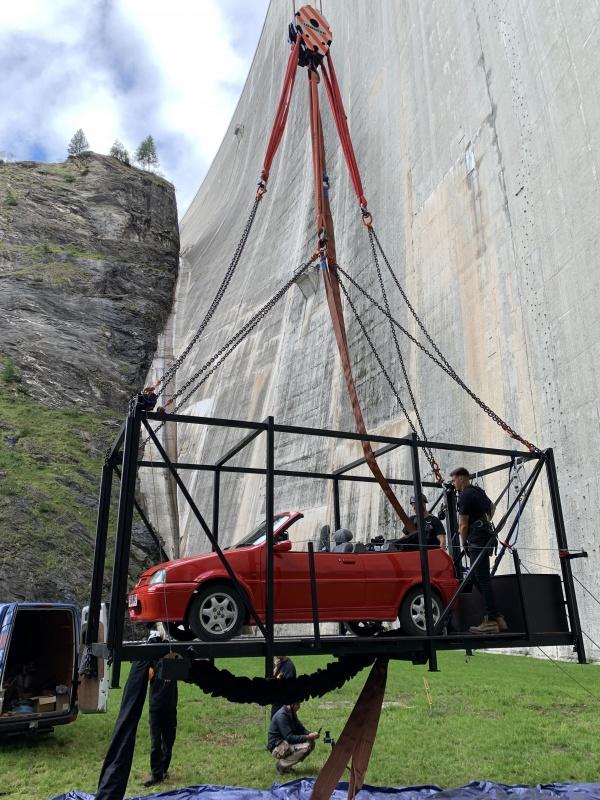 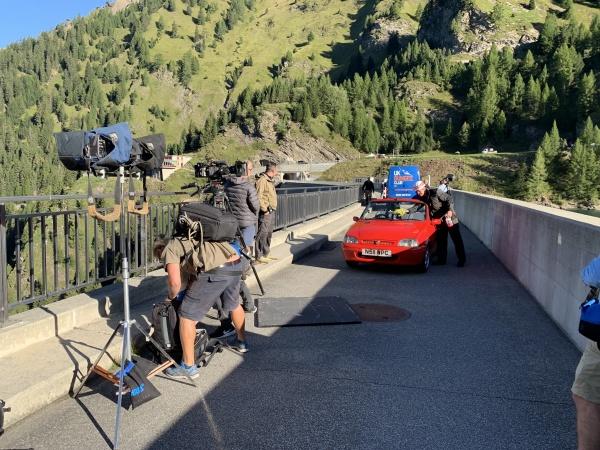 At UK Bungee we were particularly excited for the return of BBC Top Gear Season 28, last summer after months of planning, calculating and testing, we bungee jumped Freddie Flintoff of a 500 foot dam in Switzerland in a Rover 100 convertible! We've bungee jumped a car before, we have even bungee jumped a formula one car but this was on another level.

A visually stunning and epic piece of television, which had the stomachs of viewers churning and described as one of the most “ludicrous stunts thats ever been performed on the show”.

Months of planning, equipment designs, testing and location visits by UK Bungee culminated in us arriving at the Luzzone Dam in Switzerland to make the jump happen.

Although we knew our kit, systems and procedures were 100% reliable and safe, presenter Freddie Flintoff was clearly nervous, as you would expect of anybody in his situation. For those of you who have jumped with us or worked with us you know we are meticulous in our safety checks and although it kept Fred waiting a while the jump went off exactly as planned.

The stunt has attracted great reviews in the press with the UK’s Radio Times saying"the episode’s standout set-piece is the utterly outrageous stunt that has already been widely publicised and trailed – and understandably so. Flintoff bungee jumping off a 500-foot dam in a red Rover is both the funniest and most remarkable part of the episode” and "This might even be (whisper it) the best that Top Gear has ever been"