Blue Peter Bungee from the Bridge! 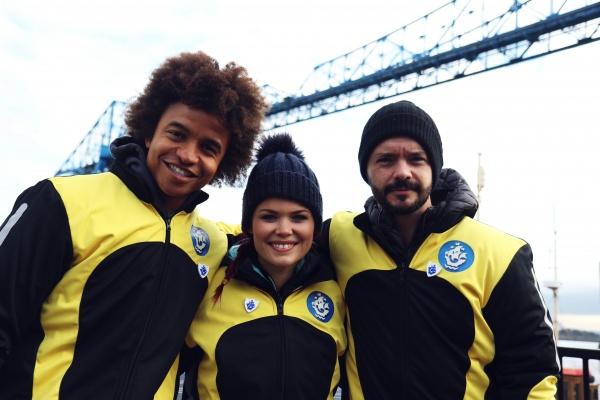 Barney Harwood, Lindsey Russell and Radzi Chingyanganya bungee jumped off the Middlesbrough transporter bridge in aid of Children in Need. The UK Bungee Club were approached by the popular children’s TV show, to facilitate the jump for the Children in Need special show that was aired on 17th November 2016.

Ewen Vinnicombe, The Editor of Blue Peter said the Transporter Bridge was chosen as it is one of the most iconic places to do a bungee jump in the UK. He’s not wrong! Check out our jumps at the Middlesbrough Transporter Bridge here and join a number of celebrities to have jumped from the same location.

All three Blue Peter presenters had taken on a massive challenge for Children in Need 2016 - an Extreme TRY-athlon, covering 111 miles by rowing, cycling and running!

The UK Bungee Club always support charity fundraising, so if you have an idea then please get in touch!