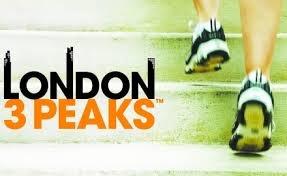 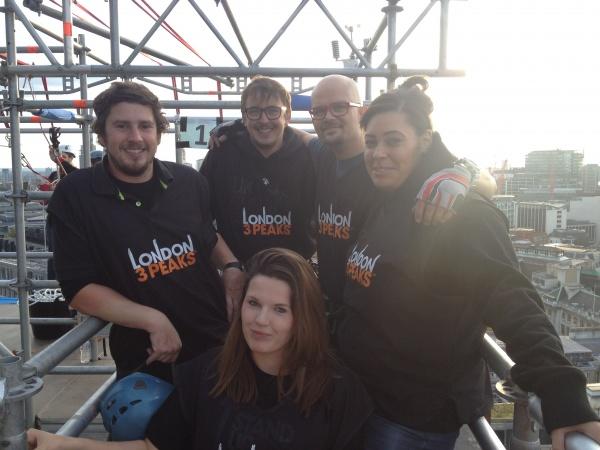 The UK Bungee Club were thrilled to be asked to help with an amazing event for the charity ‘Stand Up To Cancer’ called ‘London 3 Peaks’.

The premise was simple – take the more traditional 3 Peaks Challenge and give it an updated, urban setting.

The race route saw fundraisers from all over the country gather in the capital to run from the start line at Cancer Research’s HQ in Angel to the Gherkin where upon arrival they would have to climb the stairs to the top level and come back down again. After this followed a run to the second building, Heron Tower, where the process of ascending and descending the stairs took place. For the final stage, participants had to run to 200 Aldersgate and make their ascent. The twist in this last stage however was that on their descent, they would have stop at Level 12 and abseil down the side of the building in order to complete the challenge – this is where the UK Bungee Club came in!

Arriving the day before to start rigging the abseil platform for the 8 lines that would hang from the final building, our experienced crew ensured that everything was ready for the Sunday morning event.

With the first runner reaching the abseil by 10:15am, the day was in full swing until around 5:20pm when the sun was starting to set over the London cityscape.

For an event of such magnitude, a large team was needed and it is safe to say that every single member of the crew thoroughly enjoyed the vibrant atmosphere with so many supporters helping to encourage the runners to the finish.