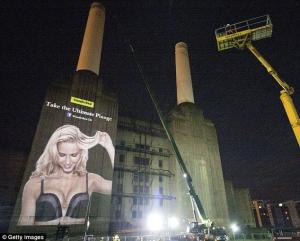 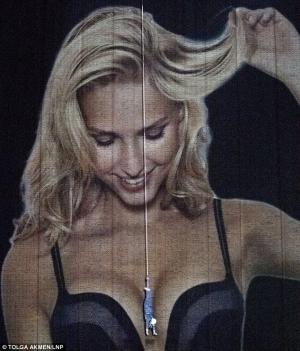 When UK Bungee Club heard that Wonderbra wanted to incorporate a bungee jump into their new product launch we were more than happy to help!

Arriving at the photo shoot in the dark to a 25mx35m image of Wonderbra’s new model Adriana Cernanova beamed onto the side of Battersea Power Station was an impressive sight!  The three lucky competition winners were on site ready to perform the dare-devil stunt that was the Bungee Jump.  The excitement flooded the winners as they were harnessed up and prepared for the adrenaline experience ahead of them.  With the crane set, the cameras ready and the three lucky ladies excited, the photo shoot was ready to begin!

3,2,1 Bungee! led to a bungee jump with a difference as each jumper was dropped 35 metres in front of the striking picture and dipped in front of the models cleavage.  The photo shoot produced some amazing pictures for Wonderbra and the three winners had a fantastic experience.

This is a photo shoot that UK Bungee will not be forgetting for a while!

For a look at how the event came together take a look at the video below!