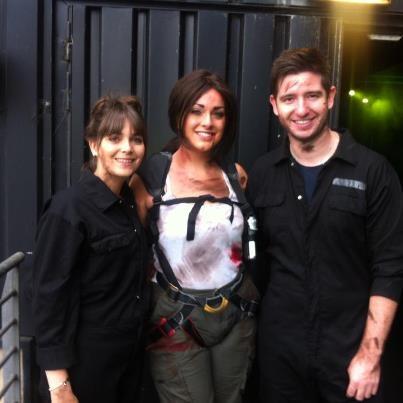 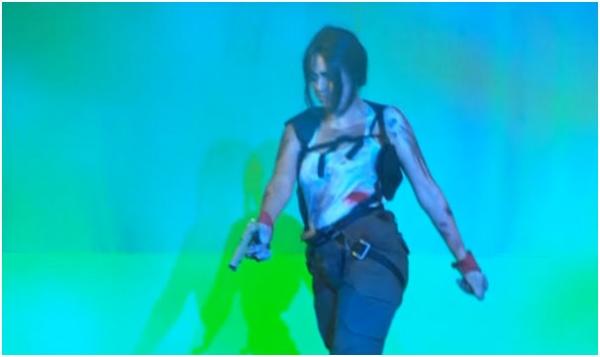 When UK Bungee was asked to take part in a stunt that would see our talented crew members act out Lara Croft in front of the legend that created the game Tomb Raider Anniversary - we could only say yes!

Games Britannia approached us a few months ago asking us to carry out an elaborate introduction for gaming entrepreneur Ian Livingstone OBE and we gladly agreed to help.  This inspiring stunt saw our very own Leigh Short take on the role of Lara Croft as she abseiled from the 160ft platform before sweeping seamlessly into a combat scene with another two of UK Bungee’s “actors” who were enjoying playing the role of the villains.

The act was carried out yesterday within UK Bungee’s The Abyss @ Magna which often sees thrill-seekers descending from the roof of the Face of Steel in a variety of adrenaline activities such as abseils, Powerfan and the UK’s only indoor bungee jump!  The dark atmosphere of The Abyss @ Magna helped contribute to the reality of the scene which was enjoyed by an audience of over 100 including local media such as BBC’s Look North.

The stunt was a pleasant surprise to the hugely successful Ian Livingstone OBE himself who had no idea as to the extremities of his introduction to the stage, and even remarked that this was the best introduction he had ever received and probably will ever receive!

For your chance to see the UK Bungee staff in their role as Lara Croft just follow the link below where you will find us 22 minutes into the programme: