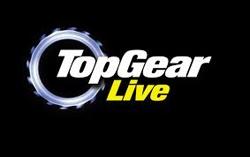 Last month UK Bungee enjoyed working with the Top Gear Festival for a third time, this time in the South African city of Durban!

Top Gear Festival Live is one of the most entertaining live shows in the world thanks to its unimaginable stunts and explosive action and UK Bungee were proud to once again be a part of the show.  The show began in Johannesburg in 2011 where UK Bungee first worked with Top Gear to develop the car bungee stunt and since then due to the high calibre of the show, its popularity has soared over the years.

For a show with life-threatening performances and absurd speed it can be difficult to formulate a finale worthy of such an event.  Luckily the abstract minds of Top Gear mixed with the technical expertise of the UK Bungee Club, a show-stopping finale was created with the car bungee stunt!  The stunt saw live presenter Sasha Martinengo take to the wheel of a car before being lifted 200ft into the air in front of an audience of 18,000 motor enthusiasts!  As the car rolled off the platform the atmosphere in the stadium was tense and with a live view point from Sasha Martinengo’s helmet adding to the intensity of the stunt, it was a nerve-wracking moment in the stadium as the car headed towards the concrete below!  However, everything went to plan and as the bungee cord kicked into action and pulled the car back towards the sky, the Moses Mabhida Stadium erupted with a cheer at the incredulous stunt!

The Top Gear Festival at Durban was an exhilarating experience in itself and it is always great for UK Bungee Club to be involved in the festival!  We’re looking forward to the next car bungee stunt!

To take a look at the Top Gear Festival Car Bungee Stunt as well as the other highlights of the Festival just click here!